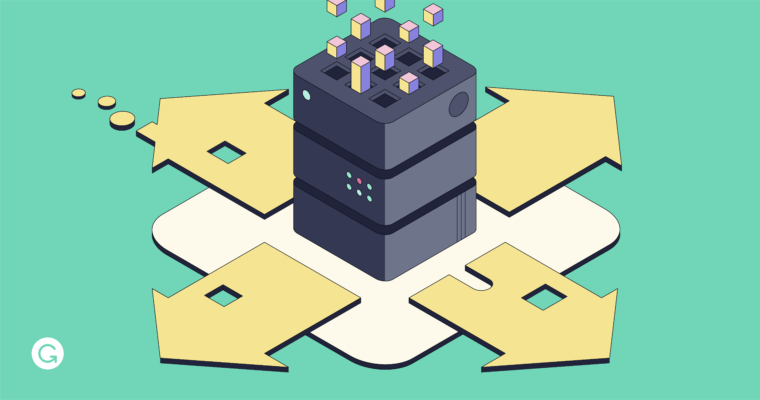 At Grammarly, as at many companies around the world, navigating remote work over the past year and a half has presented certain challenges. For our engineers, one of these challenges has been being separated from on-premise infrastructure. Having a distributed workforce requires teams to consider how to move internal systems to the cloud for faster connections and flexible scalability. It’s certainly been top of mind at Grammarly, where our team has grown significantly across our four global offices during this period of remote work.

Grammarly has used Amazon Web Services (AWS), the industry-leading secure cloud platform, to host our infrastructure for many years. However, there’s always been one notable obstacle: building for iOS and macOS.

Grammarly for Mac, Grammarly for iPad, Grammarly for Chrome, and Grammarly for Safari are among our most popular product offerings. They have also been among the trickiest applications for us to develop, build, and release, because Apple requires that products built for its ecosystem are developed on top of Apple hardware. Since this hardware is expensive and complex to provision, for years it’s been extremely hard to find a good solution for building iOS and macOS apps in the cloud. However, new offerings are emerging in this space: Notably, Amazon released support for EC2 Mac instances in November 2020.

Around the same time, we on Grammarly’s Platform team decided to transition our iOS and macOS build environment from our fleet of on-premise Apple devices to these brand-new EC2 Mac instances. We believed this would help us scale our development and achieve a smoother and more standardized build process, resulting in being able to deploy bug fixes and features more quickly.

We’re glad to report that we’ve made the move successfully, after navigating some of the bumps that are to be expected (we were probably among the first AWS customers to switch to the EC2 Mac instances!). Here we share specific takeaways and tips to help anyone looking to undertake a similar transition.

Two main factors drove us to search for a better solution than our on-premise build system for macOS:

We ran an extensive evaluation of vendors for a cloud build system and came up with a shortlist that included MacStadium, MacinCloud, and Amazon EC2 Mac instances. We were impressed by MacStadium’s Orka solution, where they are managing to run macOS inside Docker containers on Kubernetes—that’s basically rocket science! But in the end, we decided to go with AWS, for several reasons:

The known and unknown challenges

From the time we started working on this project in November 2020, Amazon’s Mac instances were brand new—they launched at the end of November. What kinds of issues and technical nuances would we encounter as some of the first customers to use this system? We could only guess.

There were, however, a few “known unknowns” that we could start figuring out right away.  Namely, we wondered:

We’ll answer these questions and explain some of the other issues we encountered. But first, let’s dive into an overview of Amazon EC2 Mac instances.

The official documentation describes the new AWS offering pretty well. But here we’d like to focus on specific features that may be valuable for your build environment:

We’d also like to call out some features that, as of June 2021, were not yet available. While they were not critical blockers to our implementation, we are hopeful that AWS will continue developing EC2 Mac instances along some of the following paths:

We’ve noticed some lifecycle-related latencies with Mac instances that may be helpful to call out for engineers looking to work with them:

Mac instances are available only as bare metal instances on Dedicated Hosts. In other words, each instance is running one-to-one on a physical Mac mini. This means that much like your computer when you trade it in at the Apple Store, the Dedicated Host needs to go through some cleanup when it’s released to make sure that your data is always scrubbed and completely protected from the next user.

Ansible is a popular platform for configuration as code, and we decided it would be an apt tool for configuring the software for our EC2 Mac instances. Ansible Galaxy doesn’t have many management modules for macOS, unfortunately. But it does have the basics:

It’s important to note that when you create a Mac instance with a custom-sized EBS, macOS does not automatically resize the Apple File System (APFS) container volume to match the EBS size.

Therefore, you need to do it on your own. Here is an example of resizing an APFS container with Ansible:

With the container resizing out of the way, software installation can take place through a mix of modules and shell commands. Though Ansible does not have many modules for macOS, fortunately there’s plenty of information about built-in macOS terminal utilities on the internet. Here is an excellent source for shell commands in macOS.

For example, this is how we install and bootstrap Xcode during AMI creation:

Hint: Although it’s possible to automate the license agreement acceptance, be sure to read it before running this automation.

We use Packer for AMI creation. For Mac instances, we’ve found that our Packer configuration and usage don’t differ much from our other use cases. However, because Mac instances can take longer to spin up, we suggest increasing some timeout-related directives for a Packer builder:

Helpfully, the builder configuration does not require you to explicitly declare the Dedicated Host ID. However, to benefit from this feature, you need to enable the auto-placement parameter during Dedicated Host allocation.

As we mentioned earlier, Mac instances support user data. And it’s important to note that Mac instances have a new implementation of this feature that’s specific to macOS. It is called EC2 macOS Init, and it’s quite powerful.

In a nutshell, this utility is a macOS launch daemon that runs on behalf of the root user at system boot. It executes commands according to “Priority Groups” (in other words, it follows a predefined sequence).

EC2 macOS Init uses a human-readable configuration file in TOML format, where commands and options are defined. These are divided into modules with different purposes. For example, there is a module to manage network settings and a module to execute the script passed through the user data EC2 parameter. When EC2 macOS Init runs on an instance for the first time, it creates a unique directory keyed on the instance ID to store the execution history and user data copy. This allows it to track its invocations and decide whether to run again on the next instance boot (you can control this behavior).

We use EC2 macOS Init for a variety of post-provisioning configuration tasks:

How to provision (almost) any number of Mac instances

By default, there is a Service Quota of three mac1.metal Dedicated Hosts per region. If you’re trying to spawn a fleet of Mac instances, you’ll first want to increase this quota manually through your AWS Web Console.

We provision our infrastructure with Terraform. However, as of June 2021, there is no support for the Dedicated Host resource type in Terraform AWS provider. Fortunately, we found a workaround to overcome this: using the CloudFormation template inside Terraform. It’s never ideal to mix different infrastructure-as-code tools, but this is the only reliable way for us to provision the Mac instances for now. However, we will change this to the Terraform resource once it’s available, for the sake of codebase consistency.

Here is a code snippet that illustrates this approach:

What we’ve achieved, and what’s next

By being able to offer Mac instances to our engineering team, we solved the main issues we had with on-premise devices. We achieved several things:

We wanted to share our experience with other engineers who may have a similar situation or are looking for some ideas in this field. As is always the case at Grammarly, we’re still looking for ways to add and improve—and we know other engineers will have their own creative solutions.

Mainly, Grammarly’s Platform team wants to give teams at Grammarly the ability to customize their macOS software in a way that’s self-service. If an engineering team needs certain packages or tools, we’d like them to be able to specify that when they request an instance—ideally in a way that’s simple, so they don’t have to dig into the provisioning and configuration tools themselves.

Overcoming challenges like this using creativity and innovation is what we do best at Grammarly, where our product helps 30 million people and 30,000 professional teams around the world write effectively every day. We’re seeking engineers to help us further our mission of improving lives by improving communication. If you are interested in bringing your talent and ideas to solve other challenges we have, check out open roles on the Platform team!