Freedom
Updated on May 27, 2019Lifestyle 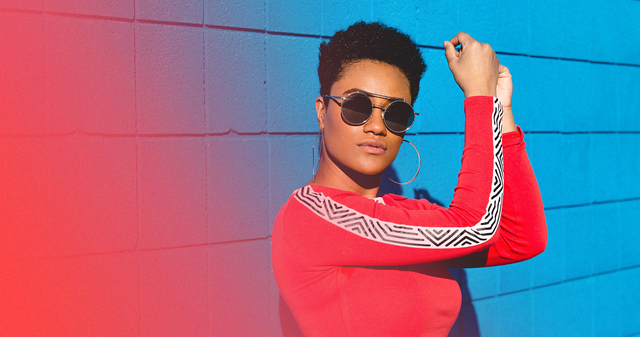 With a cup of coffee in hand, you sit down at your desk ready to finish some editing before the weekend. You log into your computer, check Slack and your email, get distracted by a New York Times update on your phone, scroll through some tweets, and read an article about “7 Superfoods that Help with Focus.” You respond to a text while Adobe Creative Suite loads, check the weather for the weekend, and if you’re lucky, you’ll start to work before a client calls or an email warrants a response.

On average, it takes 23 minutes and 15 seconds for someone to get back on task once interrupted.

Distractions are everywhere—slyly stealing away your time and focus in small doses while taking a drastic toll on your productivity. Although some distractions can be avoided with solutions as simple as shutting your door, others—namely digital distractions—can be a little trickier to keep at bay. Push-notifications, pings, and timelines help us feel connected and informed, but not always at the right times with the right information.

Why is it so hard to stay on task?

Part of the problem is that we are biased towards action. We want to feel busy even if we are achieving less. We answer texts while writing an email, and even in our leisure time, we scroll through timelines while binge-watching Netflix.

Unfortunately, this comes at a cost. Studies have shown that multitasking can reduce productivity by 40 percent and can even lower one’s IQ by 10 points. Our brains can’t do two things at once, so instead of multitasking you’re just switching between two tasks rapidly, but each time with a cognitive cost of attention and mental power.

It’s is also a form of procrastination. Although most of us procrastinate, very few of understand why.

Too often we label the act of procrastinating as laziness or a lack of motivation. However, psychologists now understand that it’s a coping mechanism for dealing with emotionally unpleasant or challenging tasks.

We do something fun or less daunting to give ourselves an immediate mood boost, rather than facing a task that requires more brain power and concentration. Unfortunately, this fleeting mood boost often leaves us feeling guilty and stressed, which in turn perpetuates the vicious cycle of procrastination.

2 Our self-control is finite

So why can’t we just use self-control and ignore the push notifications, buzzes, and pings? We can—but only for a limited amount of time. Self-control, much like any other resource, is finite. Ignoring your phone requires effortful self-control that results in a temporary depletion of one’s willpower to control other emotions, behaviors, and thoughts. You may be able to ignore the first few pings, but it gets harder as the day goes on.

3 We are what our brains crave

To add to the problem of self-control, our brains crave the rewards often associated with social media and the seemingly endless stream of information from the internet. These distractions stimulate the production of two chemical rewards in the brain—dopamine and oxytocin. Dopamine causes us to search, seek, and desire novelty—which naturally makes us curious to explore the constant flow of information from the internet.

Oxytocin, known for its ability to affect feelings of intimacy and bonding, is the stimulant for good feelings of love, empathy, trust, and compassion. When we post, comment, like, or share, and receive the same in return, our oxytocin levels rise and we feel more connected to those around us. The stimulation of social media not only makes us feel good but also leaves us craving more.

The first step to overcoming distraction and procrastination is awareness and understanding. Being aware of your habits and the reasons why you’re procrastinating can prevent you from feeling helpless, unmotivated, and defeated.

By acknowledging your procrastination, you’re recognizing your brain’s reflexes at work and are able to better separate the habit from your own identity. One study revealed that students who forgave themselves for putting off studying for their first exam were less likely to procrastinate studying for the next.

Once you recognize it, the next step is to identify your goals and then simply to start—not finish, complete, or solve, but to start the task. This helps because progress, no matter how small, helps to motivate us to continue—especially when it aligns with our personal goals.

The most important thing to know about your self-control is that it is a finite resource—one that diminishes with use. Ignoring push notifications, choosing vegetables over pizza, and exercising daily all draw from the same reserve of self-control—making it harder to make the better choice as the day goes on.

But there are a few things you can do to help replenish your self-control, like getting a good night’s sleep, meditating, and exporting self-control whenever possible. A good night’s sleep has been shown to help replenish your self-control reserves, as well as improve decision-making. Along with good sleep, meditation has also been linked to increased willpower, focus, and self-awareness. And if all else fails, remove your own weakness from the equation entirely. Use apps like Freedom to block distracting websites and apps, try only keeping healthy snacks at home, or cancel your cable.

For many of us, our digital habits are the source of many productivity problems. Even when we know the source of the problem, it can be extremely difficult to fight against because tech products, such as social media, have been engineered to be as addictive as crack cocaine. This is why self-control is simply not enough—it’s an unfair fight against you and technology that has been specifically designed to keep your brain craving more.

The solution? Since becoming a luddite and giving up technology altogether is unrealistic and unattainable. It’s time to stop blaming yourself and fight fire with fire.

Internet-blocking apps like Freedom can help you block distracting apps and sites across all your Mac, Windows, iOS, and Android devices for a set period of time. Freedom also lets you schedule recurring blocks to help you save time every day for the things that matter most. With our latest whitelisting feature, Block All and Block All Except you can choose to block out the whole web when you need to, except for the sites you need access to. Social media and the internet offer many benefits, but only when you’re in control and not the other way around.

This week’s post is brought to you by Alexandra Dempsey, a digital marketing and strategy manager at Freedom. Freedom lets you block distracting websites and apps across all of your devices so you can focus on what matters most.