How to Write a Good Pitch 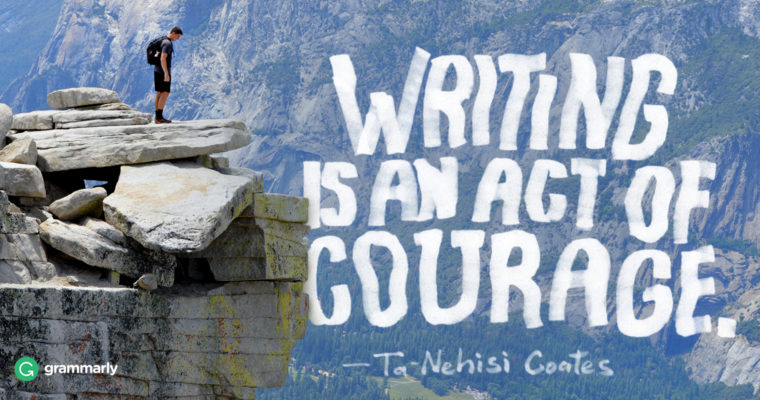 So you have an idea for a story that’s burning a hole in your brain, and you need to find it a home—ideally somewhere that will embrace and enhance your style, share your work with a broad readership, and pay you decently.

In other words, you hope to surmount one of the greatest hurdles that separates the writing world’s dreamers from its doers. No pressure, though.

If writing is your calling, there’s tough work ahead, but it’s doable. We’re here to help color in the details of how. This is what new(-ish) writers should know about pitching.

Where do I want to go?

You dream of someday writing for renowned newspapers and prestigious magazines. Pitch them. So long as you’re polite, the worst they can tell you is “not right now.” What’s to lose?

But as you reach for the stars, know that such dreams only rarely come true overnight. In the meantime, most writers hone their craft in more attainable venues. An ambitious young journalist who wants to cover a bustling statehouse for a daily newspaper, for instance, might not walk into that job straight out of college. Instead, she might get her start reporting on school-board or city-council races for the town’s scrappy alt-weekly.

Early in his career, John McPhee, the industrious pioneer of literary journalism, longed to find a place at The New Yorker. He eventually became an institution there, but the octogenarian tells The Paris Review he first spent a decade writing elsewhere:

The thing about writers is that, with very few exceptions, they grow slowly—very slowly. A John Updike comes along, he’s an anomaly. That’s no model, that’s a phenomenon. I sent stuff to The New Yorker when I was in college and then for ten years thereafter before they accepted something. I used to paper my wall with their rejection slips. And they were not making a mistake. Writers develop slowly. That’s what I want to say to you: don’t look at my career through the wrong end of a telescope.

Don’t be dissuaded from dreaming big, but don’t quit if you have to start small.

Who do I talk to?

Different publications have different pipelines and processes for bringing in outside writers. Some only rarely bother, while others do it all the time.

To land a pitch, start by researching the outlets you hope to write for. See if you can find a copy of their submission guidelines online, and study them carefully. What’s their style? What’s distinct about their approach? Don’t propose a sprawling feature to an outlet that traffics mainly in tight news articles.

It’s vastly easier to place a story when the editor you’re pitching knows you. Cultivate these relationships. Email writers and editors whose work you admire and introduce yourself. Such correspondences needn’t be epic in scale—these people are busy—but they can afford you an inside track on who handles pitches, what their budget is like, and what they’re hungry for.

Hal Humphreys, a principal at Pursuit magazine, private investigator, and erstwhile storyteller on national shows like Marketplace, recommends against a scattershot template-email approach. Instead, he advises, think like a spy.

The craft of building a network of clients and colleagues isn’t about casting a wide net. It’s about seeding real relationships. It requires time and calculation. It can even seem a bit creepy at times.

Be gentle, Humphreys says, and this approach, used in good faith, can spark not just useful professional connections but also earnest friendships.

What do I show them?

Landing a writing gig often centers less on your resume than on clips—recent samples of your published work. Your clips show editors what you’re capable of delivering. A journalist whose work has been picked up nationally can get more traction than a scruffy newcomer, but everyone has to start somewhere.

For students, this might mean building up a portfolio at the student newspaper or college radio station. For the rest of us out in adult-land, obliged as we are to put rent on the table, you may have to launch your work as a side-hustle. This is what Jesse Thorn means in his Make Your Thing manifesto when he says “start now.”

Stephanie Foo used to spend eight hours or more each day listening to podcasts while working as a graphic designer. “I got so obsessed that I was like, ‘I don’t know why I’m doing this with my life. I should be doing radio,’” she told Tape.

My first day there, I brought a notebook with 20 pitches in it. . . . I rattled them all off super fast, and he was just kind of stunned and was like ‘um, one of them seemed good.’

That was enough to get the ball rolling. Some years on, Foo is a producer at This American Life.

But what do I say?

A wise editor once said “brevity is the better part of valor.” Don’t force editors to scroll and skim to figure out what you’ll be writing about. And remember to focus by pitching stories, not topics.

Also, do your homework. You have to know what the outlet you’re contacting has written about your subject already, and articulate a fresh angle. Find a way to advance the story. Editors regard failure to do so as a common error, as Meg Guroff told The Open Notebook:

Another (common mistake) is presenting a story as something you’re dying to write, rather than as something our reader would be dying to read. Successful pitchers don’t lead with their own desires or credentials. Instead, they focus on what’s amazing about a story and how the story would fit into what the publication is trying to do.

It’s best to pitch editors after you’ve researched enough to be sure you can deliver on your premise, but before you’ve ferreted out every last detail, let alone written the thing. This matters because editors will often help fine-tune your idea early in the process.

Note that editors hate having to click through to an attachment just to read your idea. Put it in the body of the email. Use plain text for readability. And do email, by the way; editors vastly prefer written pitches over cold calls.

You can want to send a query to one place at a time, so be deliberate about pacing your efforts, and ask editors what works best for their timeframe.

Finally, be persistent, but not too persistent. While it’s a good idea to gently nudge editors you haven’t heard back from after a week or so, you don’t want anyone to feel barraged. Try and keep a fresh idea in your pocket, so if one pitch doesn’t stick, you’re not at a dead end.

The world is full of stories, after all, as well as places to tell them. Get yours out there.