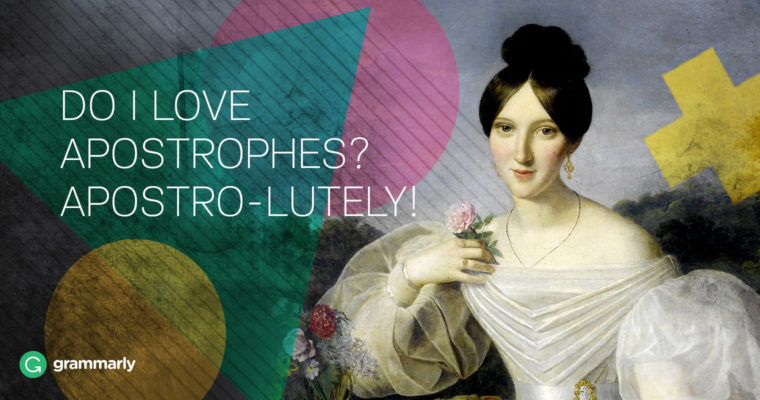 Apostrophe Use: Contractions and Omissions

A contraction is a shortened form of a word (or group of words) that omits certain letters or sounds. In a contraction, an apostrophe represents missing letters. The most common contractions are made up of verbs, auxiliaries, or modals attached to other words: He would=He’d. I have=I’ve. They are=They’re. You cannot=You can’t.

Some writers use less common contractions when they want to represent a particular style of speech. They might write somethin’ to represent the way people often don’t pronounce the final g of “something” in speech. Occasionally, you might see e’er (instead of ever) in poetry. And, of course, in the American South, you will probably encounter y’all (you all). Decade names are often contracted as well: the ’60s (the 1960s).

Contractions are usually considered to be relatively casual. If you’re writing something very formal, you may want to avoid using them except in cases like o’clock, where the full phrase (of the clock) truly is rare.

The rules about forming possessive nouns probably cause the most apostrophe confusion. They vary a little bit, depending on what type of noun you are making into a possessive. Here are the rules of thumb:

For most singular nouns, add apostrophe+s:

For most plural nouns, add only an apostrophe:

For plural nouns that do not end in s, add apostrophe+s:

Style guides vary in their recommendations of what to do when you have a singular proper noun that ends in s. Some recommend adding only an apostrophe:

Others say to add apostrophe+s:

No matter which style guide you use, add only the apostrophe to plural proper nouns that end in s:

The Harrises’ house The Smiths’ vacation

Use whichever style matches the style guide you use for your writing. If you don’t have a style guide, it’s OK to just pick one of the methods, as long as you don’t switch back and forth within the same document.

How to Write Joint Possession

What do you do with the apostrophe when you’re talking about things that belong to more than one person? When one thing belongs to two or more people, make only the final name possessive:

When you’re talking about separate things that belong to different people, make all the names possessive:

Bob’s and Jim’s bait shops (Bob owns one bait shop and Jim owns a different one) Ryan’s, Jessica’s, and Elinor’s parents (Each has a different set of parents)

Using an unnecessary apostrophe to form the plural of a noun is a very common mistake. Sometimes, it’s called the grocer’s apostrophe because of how frequently it is spotted in grocery store advertisements (3 orange’s for a dollar!). Don’t do it! With very few exceptions, apostrophes do not make nouns plural.

The one notable exception to this rule is the plural form of lowercase letters, which are formed with an apostrophe to prevent misreading:

An apostrophe is part of the word it belongs to, so it should not be separated from the word by periods, commas, question marks, or any other punctuation mark.

Can I ask you somethin’? “’Twas the night before Christmas,” he said.

In the second example, take note of the apostrophe at the beginning of ’Twas. Apostrophes that fall at the very beginning of a contraction are often mistyped as left-hand single quotation marks. Word processors tend to do this by default. Keep this in mind, especially when you are writing about specific decades, such as the ’60s or the ’90s.

When to Check a Style Guide

Sooner or later, you’ll come across a phrase that sounds fine out loud but looks weird on paper because of the apostrophes. Do’s and don’ts? Dos and don’ts? Do’s and don’t’s? For cases like these, it’s best to check a comprehensive style guide, such as the Chicago Manual or the AP Stylebook (it’s do’s and don’ts, according to the AP). A good dictionary may also be able to offer you some guidance. If you can’t find a precedent, it’s probably best to use a different word or phrase; overly creative apostrophe use will inevitably distract your readers.

GrammarWhat Is a Correlative Conjunction?

GrammarWhat Is a Gerund? Gerund Definition and Examples

GrammarWhat Is a Mass Noun?
Writing, grammar, and communication tips for your inbox.