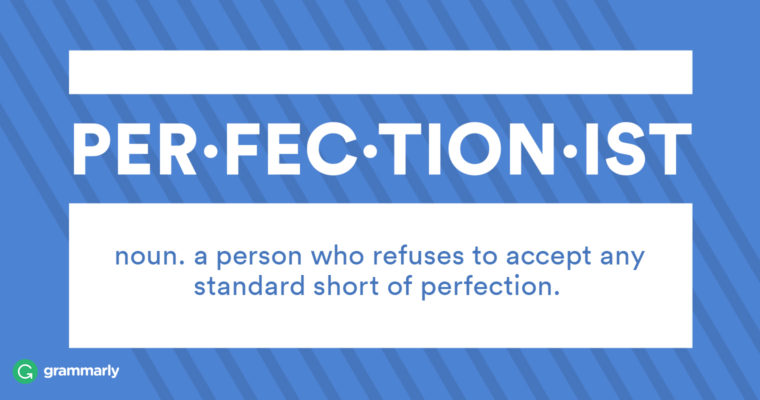 Last night, I performed at a local open mike. I’ve been singing forever. Performing was even a legitimate side hustle for me for about seventeen years. But at the open mike, I was sitting at the piano in front of a group of talented fellow musicians, and I was nervous as hell.

Even so, I got up there under the lights, sat down at the piano, and surrendered to the music. When I stepped from the stage, the musicians and guests gathered in the little performance space murmured their approval, letting me know they thought my singing and playing had been solid. And yet, I was convinced they were just being polite, and that they’d be giggling behind their hands later about the open mike newb who thought she could sing.

The feeling that artistic and creative people get, where they’re sure that any moment they’ll be called out as a complete fraud, is called imposter syndrome. If you endure the same feelings, you’re not alone. How do you overcome them?

1 Realize that you’re in good company.

What do gifted authors like John Steinbeck and Neil Gaiman have in common? They’ve both written books that are considered classics of American literature. And they’ve also both wrestled with feelings that, at any minute, they would be found out as no-talent posers. Even the beloved writer and poet Maya Angelou struggled with the fear that she was a fraud.

Other famous people who have opened up about their issues with imposter syndrome include Emma Watson, Tina Fey, and Neil Armstrong. You’re not alone!

2 Remember that people who think they’re super talented may not be.

My friend Sarah recently made a Facebook post saying “Sometimes you feel like a fraud. Randomly. Usually before trying to sleep.” And ain’t it the stone cold truth!

I tried to comfort her by replying “Imposter syndrome happens to smart, talented people. If you were an idiot, it’d be Dunning-Kruger.”

Singer-songwriter, Amanda Palmer, who happens to be married to Gaiman, dubbed imposter syndrome the fraud police. If you find yourself worried that they’re coming to get you, there’s a good chance you’re a little too wrapped up in your own thoughts about how people perceive you.

When I feel most like a fraud, it’s usually because I’m worried about what other people think. What are they saying about me? Are they talking about me when I’m not around? Would it give them satisfaction to see me flop spectacularly? I was sure that the friends who joined me at open mike night were going to have a secret huddle after the show where they laughed and gossiped about how cute it is that I think I can sing. Nicely, of course. They’re nice people.

Here’s a little newsflash, though—most people are too concerned about their own business to be overly worried about yours. And even if they are concerned with your performance, unless they’re giving you constructive feedback, their thoughts are none of your business, because you should . . .

4 Perform to your standards, not someone else’s.

When it comes to creative efforts, ultimately the only person you have to please is yourself. (Of course, if you’re anything like me, you’re your own worst critic. But that’s another article.)

My going to open mike night and performing was, in itself, a pretty big accomplishment. I haven’t performed live in a couple of decades (at least not without being backed by the choir I sing with). I needed to set a realistic goal for myself, and that was simply: “Be brave and try.” I told myself that I’d make an effort to at least overcome my nerves and have some fun. I was putting my chips on the table, nothing more.

And now that my chips are on the table, I can raise the stakes. Next time, I’ll add another song to my repertoire. After that, maybe I’ll sing an original instead of a cover . . . which means digging into songwriting again (another thing I haven’t done in years). And then I can start raising the bar on my performance. Can I bring in more dynamics? Be more expressive? Engage the audience more? It’s a work in progress, but it’s all good as long as progress keeps happening.

5 Stop comparing yourself to others.

A friend of mine, Lin, also sings at open mike night. She’s been doing it for a while. And let me tell you, that woman has pipes. When she belts a bluesy tune, all I can think is Dang, girl! You can sing!

And then the very next thought that enters my mind is Well, it’s all over for me. There’s no way I can follow that and come out sounding even close to comparable.

But here’s the thing . . . I’m not even close to comparable. And that’s because I’m not Lin. I don’t sing like Lin. I wasn’t born to belt. Although I have a powerful voice, it’s more mellow and sweet than raw and bluesy. And—shocker!—that’s okay. Adele’s ability to belt a power ballad doesn’t diminish Colbie Caillat’s ability to get your toes tapping.

Admire the people you admire, but don’t try to be them. Be the best you.

6 Allow yourself to enjoy your wins.

When I stepped off the stage, the man who’d been sitting next to me leaned toward me and, with tears in his eyes, said, “Thank you! Thank you. That was . . . beautiful.”

I murmured “That’s so nice of you to say,” but my initial reaction to the man’s praise was to think The song’s lyrics must’ve struck a chord with him. That’s a win for the songwriter, not me.

I had to stop that train of thought in its tracks. So, when I got home, I grabbed my journal and wrote down the nice things people had said after I performed. I didn’t allow myself to write anything other than those kind things—no self-criticisms, caveats, or yeah-buts. In a week or two, perhaps before another performance, I’ll go back and read them. My inner monologue of the moment won’t be there, so I’ll remember the compliments without that cynical self-criticism to strip them of their meaning.