Grammar Basics: What Is Subjunctive? 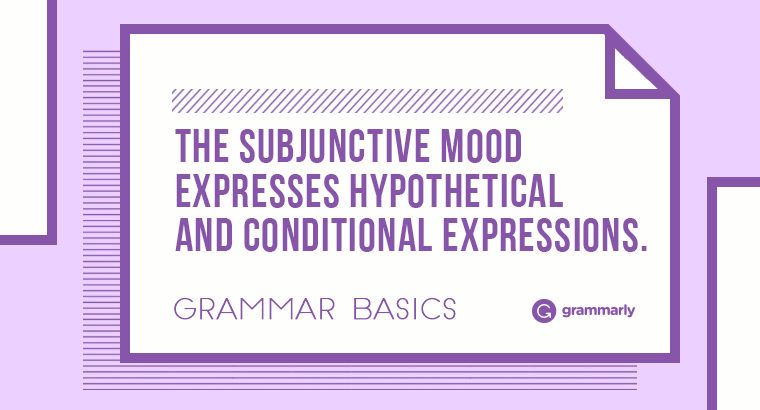 How to Recognize the Subjunctive

Most of the time, the subjunctive mood of a verb looks exactly like the indicative form. The only way to know the difference between the two is by the context of the sentence. However, you can recognize third person singular verbs in the subjunctive mood because there is no S on the end of the them. The verb “to be” is also distinct because it stays in the form “be”. Here are some examples:

The teacher recommended that he leave the classroom. (Subjunctive) He leaves the classroom as soon as the bell rings. (Indicative)

In archaic English, the subjunctive mood was more common than it is now. For example, older versions of the King James Bible include expressions such as, “Thy will be done, on earth as it is in heaven…” Also, fossilized expressions like “be that as it may,” “heaven forbid,” and “come what may” are still in use.

Nowadays, the subjunctive follows hypothetical situations introduced by “if” clauses. For example, Beyoncé sings a song called, “If I Were a Boy.” This imagined state of being requires the subjunctive mood. It’s also used to express desires, wishes, hopes, or suggestions. If the word “let” is used to convey desire for a hypothetical situation, you will get sentences like: Let the latecomer sit in the back row. Finally, “might” or “may” occasionally take the subjunctive, though the indicative is more likely: A thief might steal your car if you were to leave it unlocked at night.

Does the subjunctive mood intrigue you? You don’t have to leave its usage up to your imagination. Check out “The Skinny on the Subjunctive” for more direction.